Though my introverted nature does love being at home, I also love to travel, and I’m lucky enough to have been to Paris a few times in my life.  Every one of those instances was during the Spring of 1997, while studying abroad in Italy.  It certainly wasn’t a bad time, as weekend excursions were spent either exploring the most beautiful country on Earth (Italy, must you ask?) or in Paris, London, Amsterdam and Zürich. No, it didn’t suck — in fact it was the highlight of my life at the time and remains a bright star to this day. The majority of the time in Paris, I spent travelling with my friend Dave, and the rest of it, I spent exploring on my own. Each had its benefits – he was a fantastic travel companion, always had the right soundtrack for wherever we were, and saved my butt from being trampled by the crowd at Rock à Paris, and those were just a few of his wonderful qualities. On the other hand, tooling around on my own, in a country where I didn’t know the language was liberating in ways I could only understand as I got older.

Several things stood out to me about that city that were particularly foreign to me, none of which had to do with the language or the food. One of those things was that every trash can you saw, and attempted to use, was sealed. At the time, France had experienced a rash of bombings, a particularly deadly one on the Left Bank, and part of the response was to seal all the bins, so that no one could place anything deadly in them. This, of course, meant trash piled up around the cans and if it weren’t for the croissants and chocolate, things might have smelled a lot worse.

The other thing I remember as foreign were the soldiers with machine guns in the train stations.  It was disarming, which I suppose was the point.

Thankfully, that’s not the only thing my mind goes to when I think of Paris.

I remember riding the Métro and the ornate Art Nouveau entrances so characteristic of the city.

I remember walking along the Seine at night, and marveling at its illuminated beauty.

I remember the Musée d’Orsay and the Musée Rodin, and the incredible paintings and sculptures found there.

I remember the garishly-lit Y2K countdown banner on the Eiffel Tower, and laying underneath it, backpacks as pillows, listening to Depeche Mode and Buckshot LeFonque.

I remember the flying buttresses of Notre Dame and sheltering myself from the rain as I sat in a pew and stared at the rose window.

I remember leaving the window open to our hotel room to get fresh air, and returning to a room full of flying insects, giggling while my travel companion gritted his teeth, cursed me under his breath, and swatted them away.

I remember searching for Jim Morrison at the Père Lachaise Cemetery, meeting two skater boys who hailed from the same part of Southern California as I did, and thinking what a small world it was.

I remember talking with the beautiful Parisian woman on the train, thinking how lucky I was to be meeting new people, and how it was so easy to find commonalities with nearly everyone I came across.

I think about this now in light of the horrendous week that we have witnessed abroad. Parisians, journalists, and Jews have been the targets specifically, but in reality all of us are affected by these fanatics trying to scare us into staying home in more ways than one. The world is even smaller now than it was in 1997. Things are more immediate, intense  – like a dysfunctional home where no one gets along, everyone takes things too personally, and not one sees the beauty in another.

As a woman who identifies as a Jew, whose great-grandfather was a Jewish animator, and for someone who writes, these events hit me hard. I’ve cried quite a bit this week, and while I’d like to lay all the blame on my monthly fluctuation of hormones, I know the energy that emanates from France is having an impact on my heart. And as I do, I start to ask what if and why? I start to wonder again what I will say when the little monkey asks me these questions about France and about terrorist attacks on our own soil. If one day, she will be required to stay behind closed doors, unable to attend school, synagogue if she chooses, or shop for groceries because she identifies as Jewish.  If her mother will write the wrong thing one day, and be penalized in unthinkable ways for simply expressing herself.

I want to think that these events are not the majority of who we are, what we are. That these types of things could never happen in a country with the First Amendment, or in any civilized country for that matter. I want to be home and sing along to Home, then go out to where I want, when I want and not be afraid of fanatics carrying out their plans to honor their leader in some sick, twisted version of homage. I want my freedom and I want to be hopeful.

But for today, I will share with you the song that always reminds me of the City of Light.

A blog dedicated to focusing on the good things in life, but acknowledging the need for a rant every once in a while.
Follow Tellin' it like it is… on WordPress.com

A to Z Blogging Challenge

What’s on my mind lately…

What I Write About

Unauthorized use and/or duplication of this material without express and written permission from this blog’s author and/or owner is strictly prohibited. Excerpts and links may be used, provided that full and clear credit is given to Joy Morales, MyOwn2Sense and Tellin' it like it is... with appropriate and specific direction to the original content. 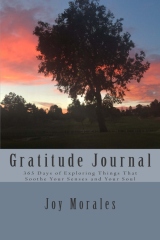 Have you found what you’re looking for?

Find me on Google+
heartandsoul974

Mommy Muddling
Me In The Middle

a beginning, a middle, and an end…but not necessarily in that order

Supporting you through Peace and Love

from PRINCESS to QUEEN

thoughts of a common girl, learning to rule her heart.

Life in the Season of Motherhood

An insider's look at education, teaching, parenting and coming of age.

Plowing through Life in the Country...One Calf Nut at a Time

A geek father of a fangirl daughter, and their ongoing struggle against pinkification

Practical solutions and established strategies to improve your blog. Suggestions that will make a difference.

Chocolate and Books are my thing!